Construction of Druskininkai as a resort began in the middle of the nineteenth century, when the installation work was granted credit by the Russian empire’s state bank. As a result, one of the first buildings in the resort was the Blue Orthodox Church, and wooden cottages decorated with carvings sprang up around it. Many of these villas in Druskininkai’s Old Town were built for the summer holidays of the aristocratic families of the Russian empire; others were built by local Polish and Jewish businessmen as guest houses for holidaymakers. Such architecture has elements of classicism, decadence, national romanticism, historicism, and functionalism.

Due to frequent fires which would sweep through them, only few of the old wooden buildings have survived to the present day. Those that do survive are included in the Lithuanian Register of Cultural Property. In Druskininkai’s Old Town you can see the wooden villas that lay close to the Dainava centre, plus the Orthodox Church, and the Dalija and Radium villas. Examples of old stone architecture include Druskininkai’s church, the hotels Europa Royale Hotel Druskininkai and Best Baltic Central, and the Druskininkai Town Museum building. 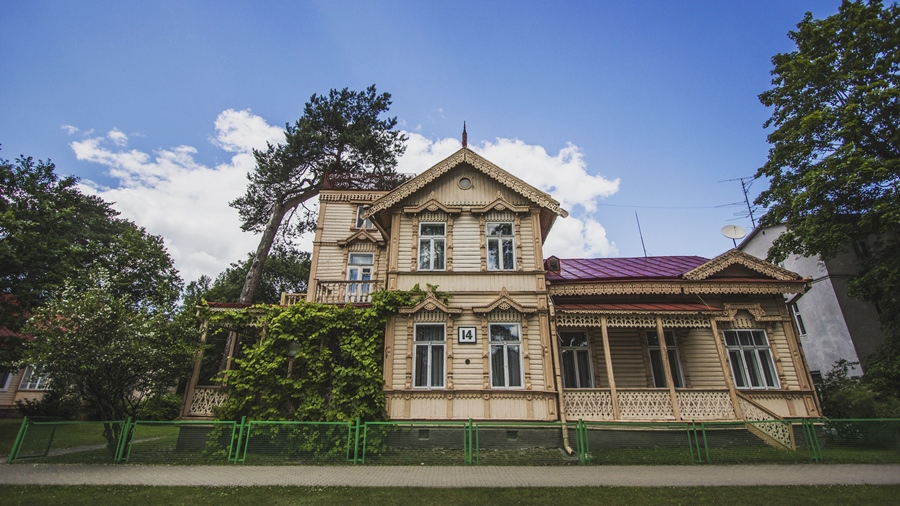 These form some of the earliest private rest houses in Druskininkai. They were built at the end of the nineteenth century. The Imperial villa is known to have been owned by a local businessman by the name of Frenkel, who established a restaurant and guest rooms there.

The composition of the buildings reminds one of Italian villas that are typical of the middle of the nineteenth century, with a massive turret, triangular pediment, and low galleries on the sides. The décor is dominated by the Russian style. 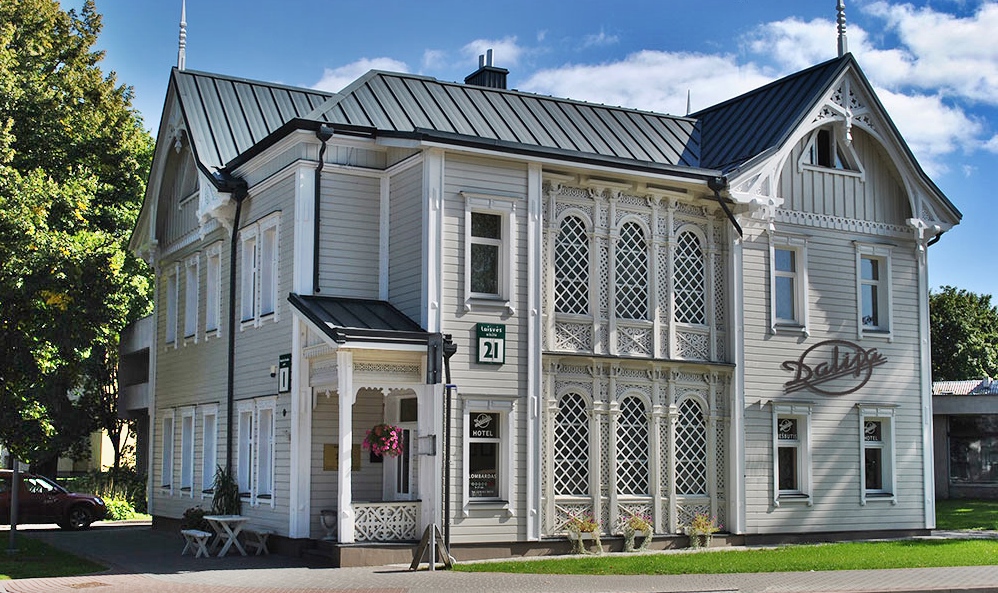 Moorish (orig. Maurytanka) is a villa that is reminiscent of the terems that are typical of the period of Ivan the Terrible in the late nineteenth century. This villa is located near the church.

The most expressive of its features is the main facade with its semi-enclosed gallery. It consists of openings with semicircular arches that are covered with small ornamented carvings. Between the openings are columns with capitals.

Like most of the resort villas, Moorish was designed to accommodate holidaymakers. Following rebuilding work which was undertaken in 1985, the eleven-room Dalija guest house is now located in the villa. 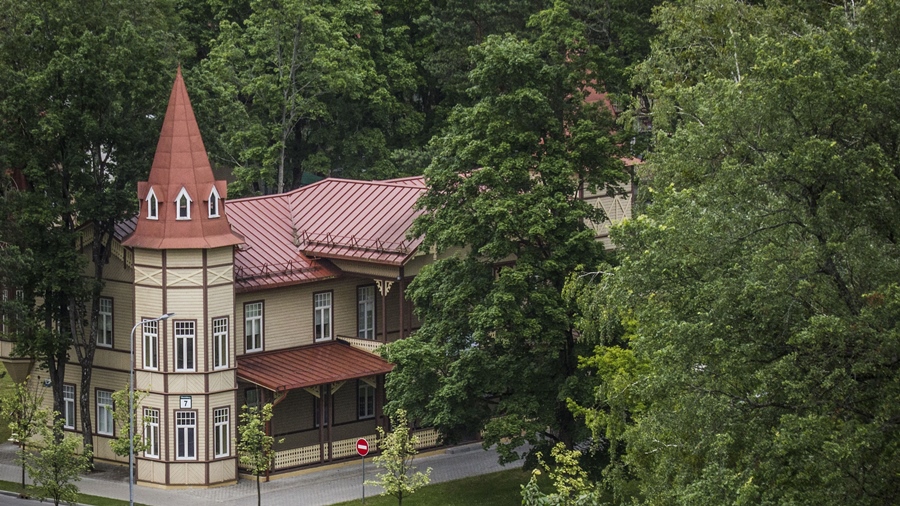 The Radium villa with its romantic features, which are somewhat similar to the Swiss style and to the wooden buildings of the estates of the nobility, forms part of the architectural heritage of the Polish period. In the Soviet era, the building housed the resort’s central laboratory and currently it provides accommodation services.

The building’s name comes from the name of the chemical element, radium (the Latin word ‘Radius’ means beam). Following the discovery of polonium and radium by the famous Mary Sklodowska-Curie, interest to the new chemical elements arose in the then-territory of Poland. 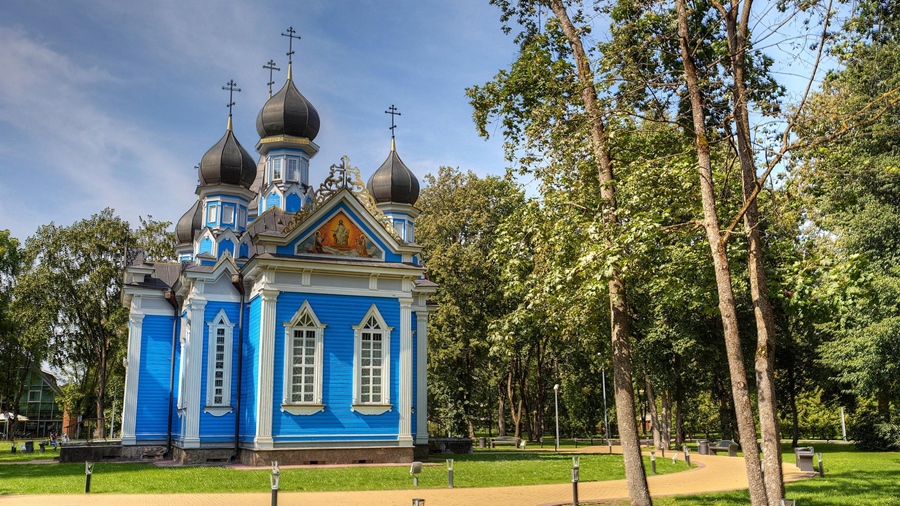 This Orthodox Church in Druskininkai was built in 1865 on the initiative of the deputy governor of Grodno, Yakov Rozhnov, and was intended for holidaymakers who were coming to the resort.

The iconostasis (a partition of the church which has been decorated with icons) was donated by Yekaterina Kutuzova, the granddaughter of Field Marshal Kutuzov. Until 1895 the church paid host to a girls school. Following the occupation of Druskininkai by the Red Army, the church was temporarily closed, only reopening in 1947.

A church service is currently held at 09:00 every weekday and Saturday, and at 10:00 on Sundays and public holidays.