The architecture in the Druskininkai resort was influenced by the architectural tendencies of Poland, Germany, and the USSR.

Until the Soviet period, the town were dominated by wooden buildings and green areas. Since 1970, the town has been repopulated with buildings that are more typical of the Soviet era, ie. tall, with vertical architectural accents such as, for example, the Eglė, Belorus, Lietuva, and Nemunas medical spas, and others. Original architectural examples of late twentieth century work include structures by Aušra and Romualdas Šilinskas, including Druskininkai’s present Aqua Park, and the Hotel Pušynas. 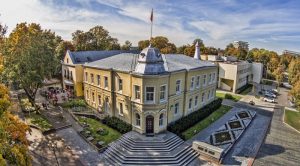 One of the few stone villas in Druskininkai has historically been known as the villa of Doctor Bujakowski (now Druskininkai Municipality’s administration building). Doctor Bujakowski was amongst the resort’s top ten richest people. It is believed that the Bujakowski stone villa was built around the end of the nineteenth century. At that time, it was a single storey building and only later, whilst retaining its original dome-shaped roof, was the building’s top floor added. 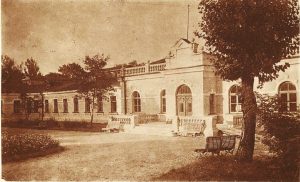 One of the oldest examples of Druskininkai’s architectural heritage is the town’s first stone-built health centre. This health centre was built in 1894 to the stipulations of the resort plans that had been approved by Tsar Nicholas I. Following rebuilding work the four-star Europa Royale Druskininkaiwas hotel opened in the former health centre. 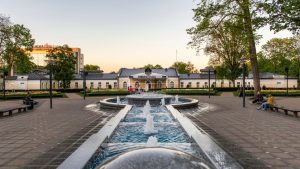 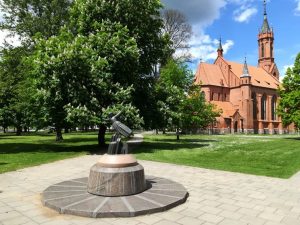 A late neo-Gothic building, this church’s architecture was influenced by the Gothic architecture of the Netherlands, Pamarys, and Lithuania. It was built between 1911-1931 by the Polish architect, Stefan Schiller, on the site of the first Catholic church (1841-1852). The church sits in grounds that still remains the town’s main square. 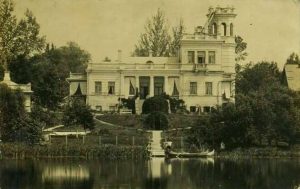 Built in 1905-1909, this villa belonged to a member of the Druskininkai resort’s owning public limited company, the banker Adolf Kersnovsky. Its asymmetric composition has modern features, while its architectural details are neo-Classical. The gorgeous cottage with a mezzanine and a viewing tower still performs the function of a representative town building: the villa currently houses Druskininkai’s Town Museum. 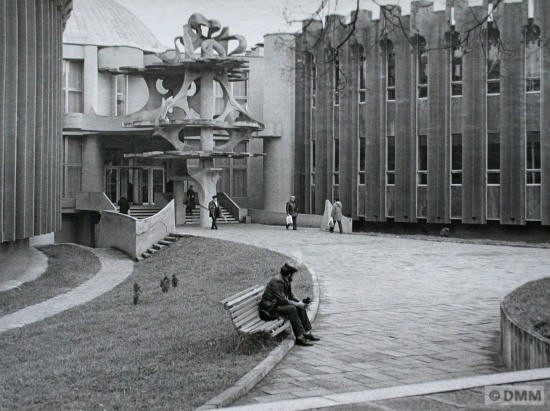 The current Aqua Park in Druskininkai was built as a physiotherapy health centre. Its architects were A Šilinskas and R Šilinskas. Opened in 1981, it was one of the largest health complexes in Europe, having served as many as 8,000 patients in one day. The daily requirement for mineral water was 2,000m³.

This structure is a complex of expressive plastic and original post-modern constructions, which is one of the most striking artistic accents in the Old Town. The plan for the two-storey building was strictly symmetrical, consisting of three interconnected blocks in the shape of a horseshoe with facilities for baths, united by a spacious lobby with a cupola.

In 2007 the building was remodelled to accommodate the needs of the attached water park, becoming an element of the resort’s new image.

The modern-style octagonal building was built as a block for the Sūrutis sanatorium. With its original architecture the building resembles a large pine cone that has fallen in the heart of the town of Druskininkai. According to the stipulations of the project, the building was started from the top downwards. The plan saw the utilisation of a net of holding columns affixed to the ground. The overlays were poured onto the ground and then stacked one after another. This method made it possible to create interesting architectural forms and interior solutions while also allowing the architect to turn structural forms into artistic ones.

Four Seasons in Druskininkai, the Subtleties of Each Season

Where to swim in Druskininkai?